After the liberals announced they would break their promise to get rid of FPTP, some 130 452 Canadians protested by signing petition e-616 (thanks to the readers of this blog who have grown that number). Perhaps the fact that no other online petition to the Canadian government had gathered that many signatures compelled the government to respond. 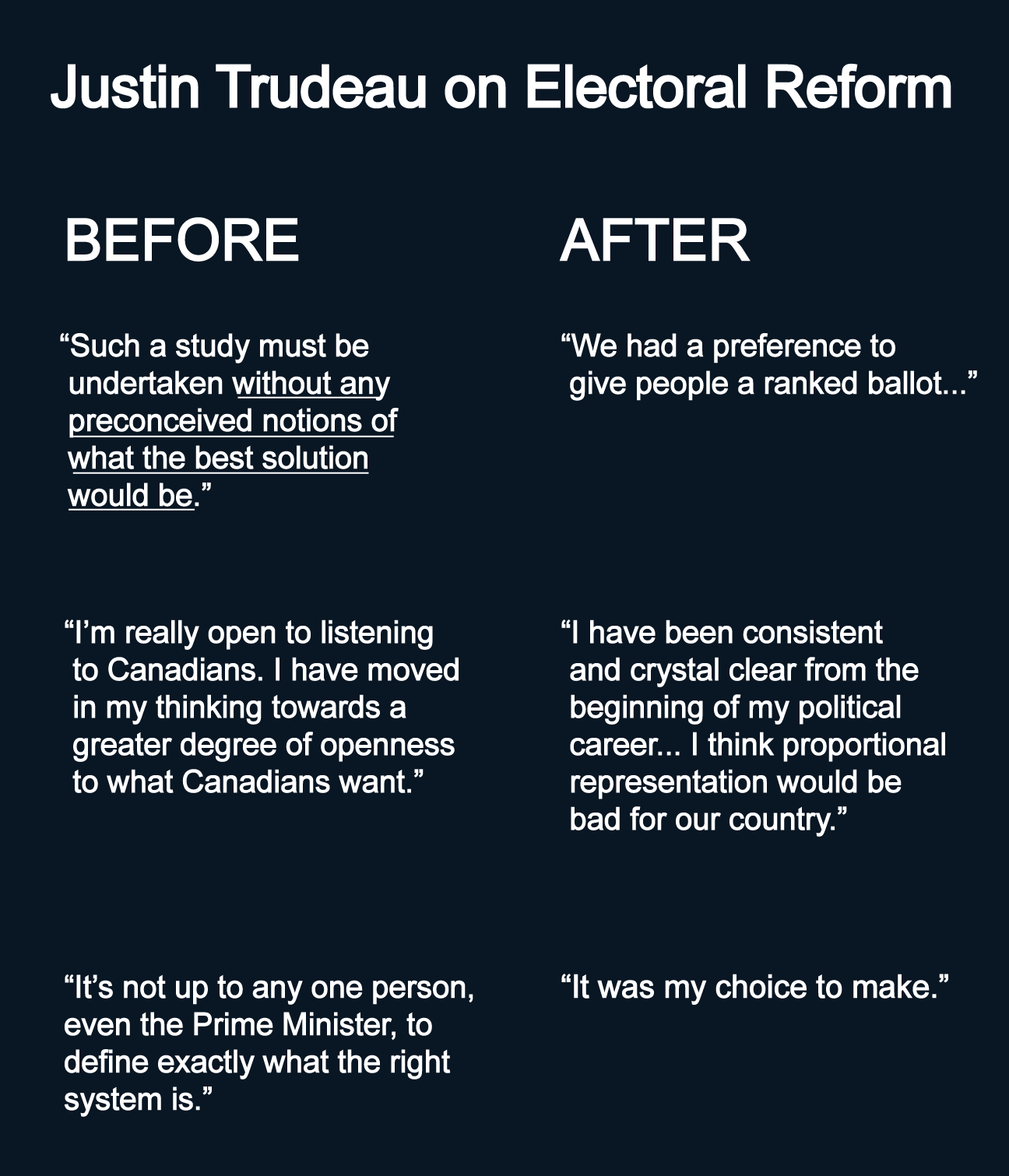 Unfortunately, it seems the government preferred a lengthy response to a concise and focused response. If "The Government of Canada is pleased to respond to this petition.", rather than listing over a page of measures supposed to "enhance public trust in the integrity of the electoral process", it would have helped to provide a more convincing apology than...

The Minister of Democratic Institutions wrote:
Furthermore, without a clear preference or a clear question, a referendum would not be in Canada’s interest.

…in particular since petition e-616 never asked for a referendum. E-616 merely requested to honor the party's promise:

Liberal Party of Canada wrote:
ensuring that 2015 will be the last federal election conducted under the first-past-the-post voting system.


In fact, the Minister's response has little to qualify it as an apology. While it may contain many excuses, it does not contain the words "apology", "apologize", "sorry", or really any terminology characteristic of apologies.

And as if this treason and this non-apology weren't enough, they didn't even take the time to fill the response form properly ("Prepare in English and French marking ‘Original Text’ or ‘Translation’" at the very top? Talk about adding insult to injury!)