If the 20th century was generally favorable to democracy, many see the 21st century as a different story. And many populations agree.

For sure, autocrats still face difficulties. At times, integrity may prevail, as their victims may have more ways to access quality information and more tools to organize dissent.

Unfortunately, autocrats also have much more information, more repressive tools, and ever-evolving ways to spread propaganda and misinformation. As autocracies fuelled by nationalism and xenophobia prosper, their collaboration and opportunities to share population control techniques and technologies reach new highs.

IEEE recently explored how artificial intelligence could go wrong. Personally, my immediate concern is rather how technological evolution in general favors autocracy:

In the past, the ability of autocrats to repress their populations relied upon a large group of soldiers, some of whom may side with society and carry out a coup d’etat. AI could reduce these kinds of constraints.


Technology, whether it is "artificial" or not, largely helps detecting and quashing dissent. Modern technology allows combining ultra-powerful and highly automated arsenals with sophisticated surveillance, which could make dissent a souvenir from the past. And recent times have demonstrated it can help exploiting flaws in competing regimes to destabilize them.
Is there a name for the fear that technology will favor autocracy?

Autocracy expands thanks to many factors:


For its part, democracy currently struggles due to several factors:


Whether or not autocracy better exploits evolution than democracy, and whether or not that fear is named, we do not have to accept that situation. While we cannot do much about the first list, we have control over much of the latter. Many self-proclaimed democracies, such as Canada, the United Kingdom and other Commonwealth countries, still contribute to the cult of personality, proudly keeping their autocratic past alive. 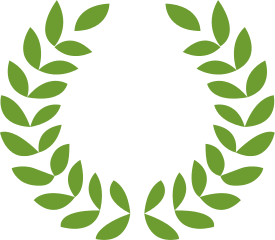 Technological advances have allowed democracies to make great progress. And recent advances allow us to make huge leaps forward. Our slow pace is not the result of having reached the objective, but rather a sign democracies are resting on their laurels.

But what does it mean to rest on our laurels? The first meaning is to get tired/lazy. But there is a much more dangerous sense; it may be that we have also associated our current state with the reasons why we took the lead, and chosen to remain in that state, as if it was a ultimate goal. In fact, the United Kingdom's direction is worst than resting on its laurels - it might be an attempt to go back to where it was when it won the most races, as if that was still a valid winning formula.

Unfortunately, the clock is ticking, and playtime is over. If democracies want to keep impressing autocracies and to stay their envy, they need to get serious and do a real self-examination, distinguishing their true advantages from their less desirable properties which are merely obsolete ways, or even historical accidents.

Let's not give up on centuries of fighting. There is no need for everyone to get a gun and enroll. Our first defence should be to strengthen our democracies. The weapon democracies need the most is greater performance. Even superior economies, environments, education, health, and everything else. We can replace many guns by educating ourselves, reforming governance, building new tools, or just keeping ourselves healthy. Proper decision-making alone would represent a weapon of mass destruction against autocracy.

The path to good governance is a long road. If we have enough will to keep innovating, we can still keep our lead, one step at a time, until we hear a distant competition peacefully concede. Current dangers, however worrying, may just be the challenge we need to stand up again and refresh our laurels.